To leverage what youth participants learned during the ATI “Tag It” activity, Alicia Grey, youth development coordinator, and the Community Coalition for Healthy Youth identified ways in which students, parents, and stakeholders in the community could use teens’ “tags” as a discussion tool for other anti-drug efforts. Their resulting idea was to create 12-month calendars and large posters of their students’ “tags” to distribute among partners and students in the community. Because their group’s efforts are all the buzz around town, members of their team are being asked to present ATI activities at local high school staff meetings and rural youth groups throughout the community. Alicia was able to recruit a wide mix of students to participate in the activity, including Honor Society students, LGBT youth, alternative school attendees, and a local SADD organization in the community. 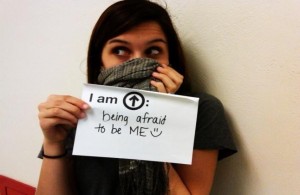 Ithaca teens being creative with their tags.

Ithaca teens being creative with their tags.

On June 2, 2011, more than 30 teens from the Community Coalition for Healthy Youth (CCHY) showed the Ithaca community how they “stay above it” when they participated in the 2011 Ithaca Festival. Many of the teens made Above the Influence t-shirts with iron-on images from their “Tag It” photos. While marching in the parade, teens carried posters that displayed their “Tag It” photos and handed out 400 “Above the Influence Project Tag It” rubber bracelets that were branded with CCHY’s logo and colors. Teens also handed out Above the Influence postcards that on one side displayed a local teen’s “tag” and on the other side had information about their coalition’s involvement in ATI and “Tag It.” The teens were successful in raising awareness and visibility in CCHY’s involvement with the Above the Influence campaign and were asked by festival organizers to participate in the festival again in 2012.

After CCHY’s tremendous involvement in the Ithaca Festival, the coalition is planning their inaugural Above the Influence 5K run in August 2012. The 5K was an idea of a 15-year old teen who is an avid runner and wanted to continue visibility of the coalition’s work with ATI.